The father of Aleyk and Andromeda Payne.

Mortimer was a relatively ok guy until he fell in with the wrong crowd. He began selling weapons infused with necromantic power to a group of druids called the Black Dragons, greatly aiding in their defeat of Valavanora’s people. He went into the Great Druid War and killed a druid leader driving him mad for power. He then returned home and began preforming dark rituals to infuse his blood with that of a demon’s giving him demonic strength. The Order of Ceredwin picked up on this massive evil and banished him to the dark realms leaving Andromeda in her mother, Seline Payne’s, care. A few months later Seline slit her wrists and Andromeda was thrown out onto the streets. 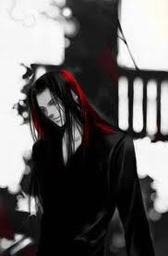